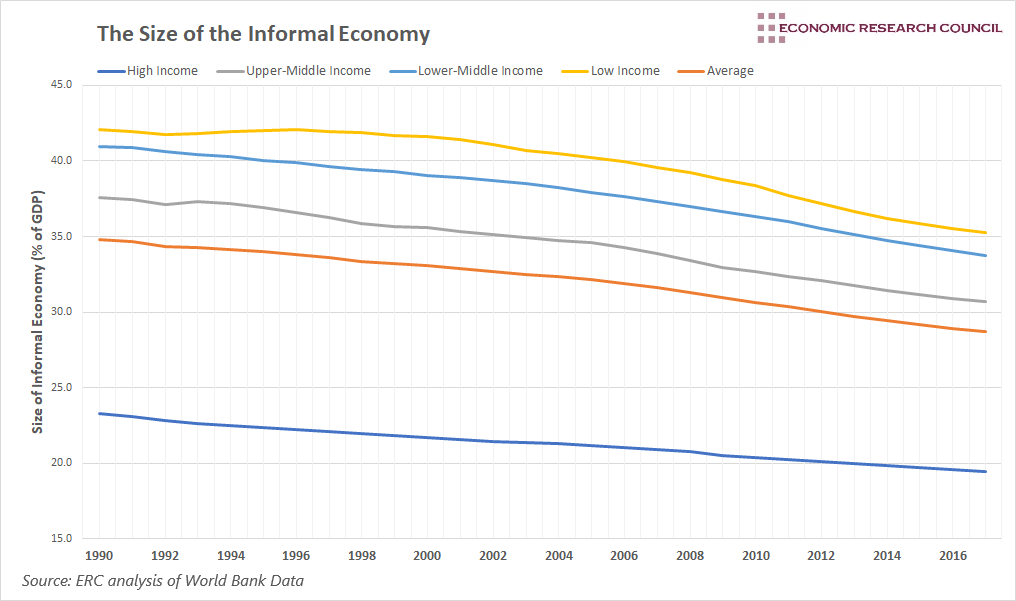 GDP is the most widely used economic indicator around the world, guiding macroeconomic policymakers, and determining the success or failure of national economic initiatives. However, the chart goes a long way in highlighting one of its criticisms.

A high incidence of informal labour not only skews the calculation of GDP but can also have lasting effects on economic development. Firms operating in the informal space won’t contribute to the tax base, tend to be less productive, and have limited access to finance. Due to this, countries with large informal economies tend to exist below potential output.

The fact that up to half of economic activity in a country can go unnoticed presents significant problems for policymakers. GDP is integral in the assessment of the economy when conducting monetary and fiscal policy for instance. Understanding the state of the economy helps policymakers target their decisions. A misunderstanding of this can lead to significant misallocations of resources.

An important consideration is that the chart above only accounts for the market-based, legal production of goods and services, that are hidden from public authorities. Including illegal activity inflates this figure, even before we consider the negative externalities that GDP fails to account for, as well as its inability to assess the sustainability of growth. Nevertheless, Ehsan Masood will join us next week to highlight these issues. You can find out more information about the event here.