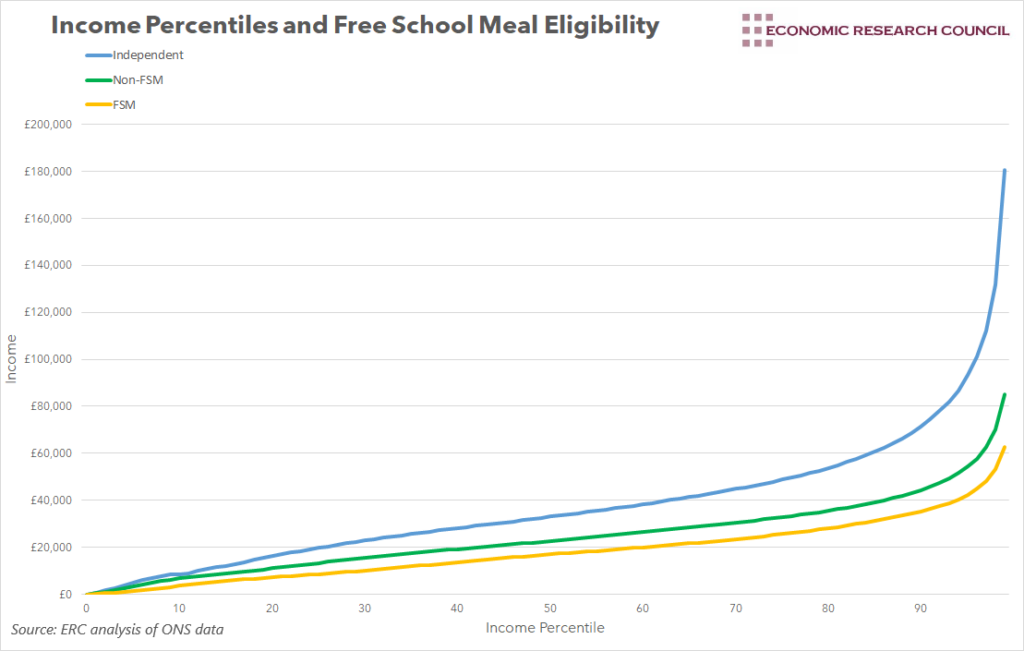 The pay gap between disadvantaged and privileged people is no news. It is often explained using educational attainment, though this week’s chart questions whether more is at play.

Whilst the data focusses on 30-year-olds, assessing other age groups provides interesting conclusions. Firstly, the gap in earnings between the groups grows as people age. At 18 years of age, only a small gap exists, but from 22, the gap starts to widen. This largely reflects the relative lack of disadvantaged people continuing in higher education.

Whilst only half of those eligible for free school meals completed a qualification above GCSE level, whilst 96% from independent schools did, when accounting for education levels, those eligible for free school meals still earned less than their peers at the age of 30, leaving a strong suggestion that soft skills, knowledge of the job market, or opportunities arising due to family background could be having a significant effect on the earning potential of more well off people.

Interestingly, an analysis conducted by the Office for National Statistics shows that when accounting for educational attainment, ethnicity, and the location of schools, those who received free school meals would still earn 20% less on average than people who went to an independent school. Which begs the question: is hard work always enough?