NextChart of the Week
ERC Events

Click to watch Natasha Curry of The Nuffield Trust

Covid-19 has thrust social care into the political and public limelight. While the crisis has not revealed any new problems, it has highlighted and exacerbated the fault lines in England’s creaking care system. Debate about the need to reform the system has been rolling for over 20 years, yet the system remains unfair, complex, confusing, and underfunded. A decade of austerity has seen the gulf between need for care and funding widen, leaving services in a very precarious state.

Political consensus about the need for reform has been growing steadily over the last year and public support for change appears to be high. But experience dictates that reform is not likely to be plain-sailing. Proposals for reform have repeatedly snagged on the thorny issue of who should pay for care. The experience of Labour party in 2010 and Conservatives in 2017 demonstrates how deeply political this territory is.

In this seminar, Natasha Curry of the Nuffield Trust will be discussing why attempts at funding reform have been unsuccessful so far. Drawing on her international research, she will reflect on why other countries have managed to enact change where England has failed. She will discuss the reform processes that Germany and Japan underwent and explain how their governments have decided to fund care. Natasha will seek to consider the funding options that are being considered and the possibilities available to the English government.

Natasha has an interest in international health and social care systems and is leading the Trust’s work on social care. She has researched and published on a range of topics, including clinical commissioning, integrated care, primary care, long-term conditions and NHS reform.

Previously, Natasha has worked as a consultant in health at Matrix Research & Consultancy Ltd and as the Evaluations Officer at the Chinese National Health Living Centre, prior to which she spent time living and working in China. Natasha has a degree in geography from Cambridge University. 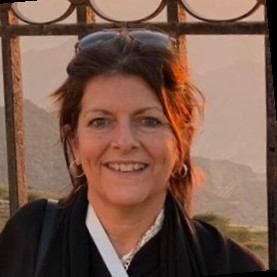 Jacque is a respected international health and public policy economist. Over the last 35 years, she has directed many strategic engagements in healthcare, crime, justice, home affairs, education, employment and social welfare. She has worked in the UK health sector throughout her career; internationally she has directed projects and/or provided subject matter expertise to clients in Europe, North America, and, more recently, the Middle East.

Her experience includes: the economics of public health; service and care-pathway design across all diseases and population groups; healthcare systems including contracting and financing; and access to healthcare and disparities for vulnerable groups. Recent interests include value-based healthcare systems, and integrated health and social care and the role of digital health in accelerating improvement. She has a keen subject matter expertise in crime and justice, migration and home affairs and civil justice.

Jacque is an associate of the Oxford Centre for Triple Value Healthcare and sits on the Advisory Board for the Nottingham University School of Economics. Jacque was a founding convener of the joint Campbell and Cochrane Economics Methods Group and for 15 years was a committee member of the Campbell Collaboration Crime and Justice Coordinating Group. Jacque regularly speaks at international events, chairs panels at national and international academic and industry conferences, and designs and delivers training for healthcare evaluation teams.