Clash of the Titans I Winner: Oxford, John Muellbauer

Clash of the Titans I 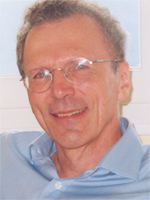 Professor Muellbauer is primarily an applied macroeconomist, though his microeconomic textbook with Angus Deaton, Economics and Consumer Behaviour, CUP 1980, is still in print. His 1980 paper with Angus Deaton, ‘An Almost Ideal Demand System’ in the American Economic Review was selected as one of the top twenty papers published in the first one hundred years of that journal. Recent research includes modelling house prices and mortgage stocks in major economies, regional housing and labour markets in the UK, modelling and forecasting inflation and exchange rate pass-through and forecasting growth in the G7 countries. An important theme in his research has been the impact of institutional differences both across countries and through time, on monetary transmission and macroeconomic fluctuations. He has contributed extensively to the UK debate over housing market issues, including property taxation, and also to the argument as to whether the UK should join the Euro.

Professor Pesaran was born in Shiraz, Iran and left for England for further studies on a scholarship from Bank Markazi Iran in November 1964. Before becoming a professor at Cambridge University, he was head of the Economic Research Department of the Central Bank of Iran (1974-76) and the Under-Secretary of the Ministry of Education (1976-78), Iran. He has also been a Professor of Economics and the Director of the Applied Econometrics Program at UCLA (1989-93), and a Visiting Professor at the Institute of Advanced Studies in Vienna, the University of Pennsylvania, and the University of Southern California, where he served as the Director of USC College Institute for Economic Policy Research over the period October 2004 to April 2006. 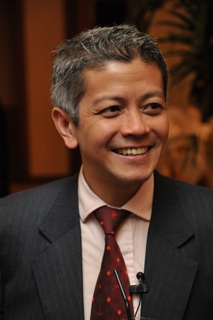 Professor Quah is a member of the World Economic Forum Global Agenda Council on Economic Imbalances and serves on the Steering Committee of the Abu Dhabi Economics Research Agency (ADERA) and the Editorial Boards of East Asian Policy, Journal of Economic Growth, and Global Policy, and on the Advisory Board of OMFIF Education.  At LSE he is also Senior Fellow at LSE IDEAS, Senior Research Associate at the Centre for the Study of Human Rights, and Chair of the Board of the LSE-PKU Summer School. He is Tan Chin Tuan Visiting Professor in the Economics Department at the National University of Singapore. He has also been visiting professor of economics at Tsinghua University, Beijing and Nanyang Technological University, Singapore. He served on Malaysia’s National Economic Advisory Council, 2009-2011.

Clash of the Titans II

Professor Ethan Ilzetzki is a Lecturer in Economics at LSE and Associate at the Centre for Economic Performance. His research focuses on Macroeconomics and Fiscal Policy, with a particular interest in macroeconomic policy in developing countries. He has held policy and research positions at the International Monetary Fund, the U.S. Department of Treasury, and the Millennium Challenge Corporation.

Linda Yueh is the Chief Business Correspondent for the BBC and presenter of “Talking Business with Linda Yueh”. Dr. Yueh is Fellow in Economics at St Edmund Hall, Oxford University, and also directs the China Growth Centre. Previously, she was a corporate lawyer at Paul, Weiss, Rifkind, Wharton & Garrison in New York, Beijing & Hong Kong, and Economics Editor at Bloomberg TV, where she hosted “Economic Edge”.

Professor Michael Kitson is Director of the Management Studies Tripos, University Senior Lecturer in International Macroeconomics and a Fellow of St Catharine’s College. He is also a Research Associate of the Centre for Business Research (CBR), Cambridge and is a co-editor of the Cambridge Journal of Economics. He has been an expert witness for the House of Lords enquiry into globalisation.

Clash of the Titans III 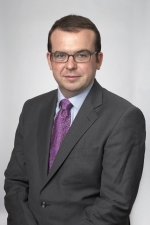 Kevin Daly is a senior economist on the Global Economics, Commodities and Strategy team at Goldman Sachs. He joined Goldman Sachs in 2001 and was named managing director in 2010. In 2011 he assumed primary responsibility for covering the UK economy. Kevin has been awarded the Society of Business Economists’ Rybczynski Prize twice, in 2004 and in 2007, and was elected to the Council of the SBE in November 2007.  Kevin studied Economics at Cambridge University.

Stephen King is HSBC’s Group Chief Economist and the Bank’s Global Head of Economics and Asset Allocation research. He is directly responsible for HSBC’s global economic coverage and co-ordinates the research of HSBC economists all over the world. In 2012, Stephen became a member of the Financial Times “A List”, and also writes regularly for the main comment pages in The Times. Stephen studied economics and philosophy at New College, Oxford.

Ros Altmann is an independent expert on pensions policy, investment, savings, annuities and retirement. She is an economist by training and has worked in fund management in the City as well as advising Government, regulators, corporates, financial firms, trustees and consumer groups on all areas of pensions, from state pension policy, to private pension developments and investment management of pension funds. Before her City career, Ros was an academic at London School of Economics researching and publishing on UK pension policy, occupational pensions and retirement.

Clash of the Titans IV

Michael McMahon is a research affiliate at the Centre for Macroeconomics at LSE and Associate Professor of Economics at the University of Warwick. He previously taught at Stanford University, INSEAD, New York University, London Business School, and Chicago GSB. He has also worked for the Bank of England as a euro-area economist, with spells at the European Central Bank and the Central Bank of Ireland. He is on the advisory Committee of the Money-Macro-Finance research group.

John Llewellyn was Global Chief Economist and then Senior Economic Policy Advisor at Lehman Brothers before co-founding Llewellyn Consulting. This followed almost twenty years at the Organisation for Economic Cooperation and Development (OECD) in Paris, where variously he was Head of International Forecasting and Policy Analysis, editor of the OECD Economic Outlook, Deputy Director for Social Affairs, Manpower and Education, and finally Chef de Cabinet to the Secretary-General. Prior to that he spent nearly ten years at the Faculty of Economics of the University of Cambridge.

Dame Kate Barker DBE is a business economist who graduated from St Hilda’s College, Oxford. She is presently a senior adviser to Credit Suisse and a non-executive director of Electra Private Equity plc, Taylor Wimpey plc and the Yorkshire Building Society. She is also a non-executive member of the Office for Budget Responsibility. Kate was a member of the Bank of England’s Monetary Policy Committee (MPC) from 2001 until May 2010. During this period, she also led two major policy reviews for the government, on housing supply and on land use planning. Before joining the MPC she was Chief Economic Adviser at the CBI.